When was the church established?

Sometimes it easy to just dismiss certain views, only because we may have our own preconceived ideas and views, hence the only authority that we need turn to is the Word of God, the scriptures.

Why do they say that the church was established at the cross or at resurrection?

I have not yet received strong support of scriptures that show that the Church was established at the cross.  The argument posed was more around that in Acts 2:41 when it is stated that the souls that were baptised on that day (the day of Pentecost) we added to them.

41 Then those who gladly received his word were baptized; and that day about three thousand souls were added to them. Acts 2:41 (NKJV)

The question is who are the “them”, and the argument posed is that it refers to those of before, such as Abraham, Isaac, Moses, Daniel, etc.  i.e. those in the Old Testament, saved by faith.  This argument then leads to stating that that since the “them” refer to these individuals, then they are in the kingdom, the Church, so hence, the church was established before the day of Pentecost.

This further begs the questions, why would these who are saved under faith, require to be part of the church, waiting for Jesus to return?

We will answer this question a bit later on in this article.

It is important to consider the only authority - The scriptures

Let’s consider the following below:

1. Kingdom prophesied in Jerusalem not Golgotha

The kingdom here refers to the church.

2. Peter given the keys

5. Jesus partakes of the Lord’s Supper in the Kingdom

6. Jesus’ death could only be remembered after His death, burial, resurrection and accension

8. They had to wait for the Holy Spirit

41 Then those who gladly received his word were baptized; and that day about three thousand souls were added to them. Acts 2:41 (NKJV)

Who are the “them” that the ~3000 souls were added to on the day of Pentecost?

Some believe here that the “them” are those who came before the promise and were under the Law, i.e., Abraham, Isaac, Moses, Daniel, etc.

If this is true, then it means that they were added to the church at some point before the day of Pentecost.

We have shown in the above points that this could not be possible, however, lets explore a bit more.

Scriptures that are used to qualify this are:

All of these (chapter 11 – Abel, Enoch, Noah, Abraham, Sarah, the Patriarchs, Moses, Rahab, Gideon, Barak, Samson, Jephthah, David, Samuel, the prophets, etc.) – were justified by faith – they were not under the promise – as it says in verse 39.  So, they could not be baptised and enter the kingdom, the church of Christ.

13 These all died in faith, not having received the promises, but having seen them afar off were assured of them, embraced them and confessed that they were strangers and pilgrims on the earth. Hebrews 11:13 (NKJV)

16 But now they desire a better, that is, a heavenly country. Therefore God is not ashamed to be called their God, for He has prepared a city for them. Hebrews 11:16 (NKJV)

Jesus is going to prepare a place for us – the mansions already exists and in this already dwells those who have made it – i.e. He has prepared a city for them. Hebrews 11:16 (NKJV).

These cannot come back and enter the Kingdom of Christ to be saved.  The church is for those of the promise – God having provided something better for us – Heb 11:40.

In the story that Jesus tells of the rich man and Lazarus, when Lazarus dies, he is carried to Abrahams Bosom.  22 So it was that the beggar died, and was carried by the angels to Abraham’s bosom. The rich man also died and was buried. Luke 16:22 (NKJV)

11 And I say to you that many will come from east and west, and sit down with Abraham, Isaac, and Jacob in the kingdom of heaven. Matthew 8:11 (NKJV)

Matthew 8:11 tells us that Abraham will be in heaven.  This is the assurance of Jesus’ word that we have that Abraham and Isaac have made it and will be in Heaven.  So those who have died before and have been faithful, i.e., Abraham, Isaac, Jacob, etc.

They will not be judged again, and from Paradise will enter heaven.

Hence Hebrews 11:16 – God has prepared the City for them.

26 And besides all this, between us and you there is a great gulf fixed, so that those who want to pass from here to you cannot, nor can those from there pass to us.’ Luke 16:26 (NKJV)

So, there is no crossing over from Paradise to Hades.

Only the dead in Hades were judged according to their deeds, not those in Paradise, they already made it – again, no need to enter the church for salvation.

So, the “them” cannot be Abraham, or the those mentioned in Hebrews 11.  Hence, we can deduce it must only be the Apostles (Apostolic example) that they were added to, as they by the instruction of the Holy Spirit has guided the Saints on how to worship God, break bread, and as seen in the inspired letters, conducts ourselves in the church.

The snippet above shows the Greek inter-linear bible and in the original Greek language, the word “them” was not included.

The NIV says the following:

41 Those who accepted his message were baptized, and about three thousand were added to their number that day. Acts 2:41 (NIV)

So, their number can only be the number present – i.e., the Apostles. 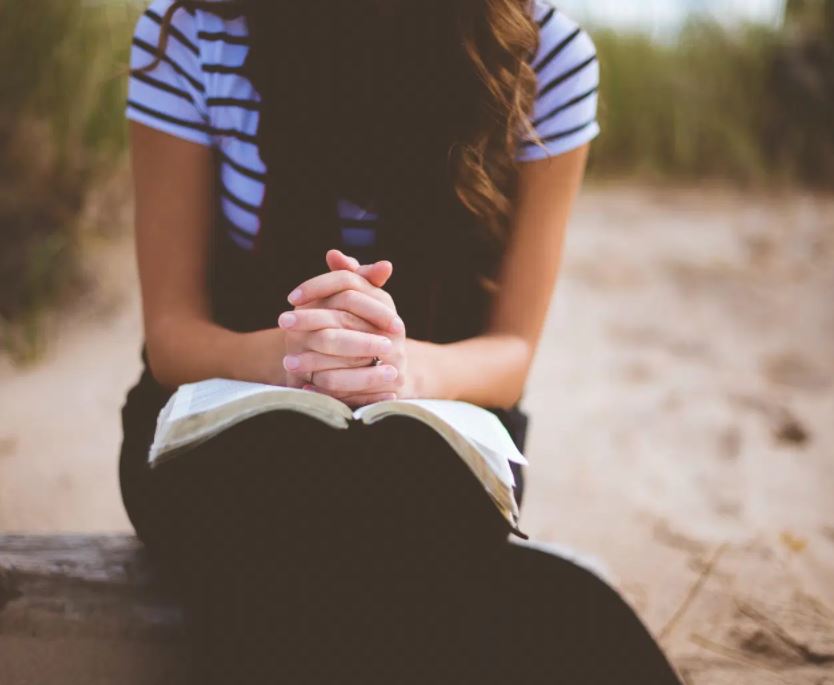 In today’s world, we are faced with many challenges. These challenges are not only imposed onto us from a physical, emotional, psychological, and financial standpoint… 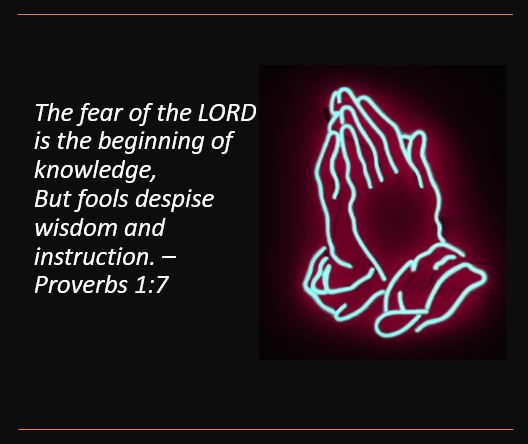 Introduction If someone had to ask you – “Is God Foolish?” – what would your answer be?  I am hoping that your answer will be…

We use cookies on our website to give you the most relevant experience by remembering your preferences and repeat visits. By clicking “Accept”, you consent to the use of ALL the cookies.
Cookie settingsACCEPT
Manage consent

This website uses cookies to improve your experience while you navigate through the website. Out of these, the cookies that are categorized as necessary are stored on your browser as they are essential for the working of basic functionalities of the website. We also use third-party cookies that help us analyze and understand how you use this website. These cookies will be stored in your browser only with your consent. You also have the option to opt-out of these cookies. But opting out of some of these cookies may affect your browsing experience.
Necessary Always Enabled
Necessary cookies are absolutely essential for the website to function properly. These cookies ensure basic functionalities and security features of the website, anonymously.
Functional
Functional cookies help to perform certain functionalities like sharing the content of the website on social media platforms, collect feedbacks, and other third-party features.
Performance
Performance cookies are used to understand and analyze the key performance indexes of the website which helps in delivering a better user experience for the visitors.
Analytics
Analytical cookies are used to understand how visitors interact with the website. These cookies help provide information on metrics the number of visitors, bounce rate, traffic source, etc.
Advertisement
Advertisement cookies are used to provide visitors with relevant ads and marketing campaigns. These cookies track visitors across websites and collect information to provide customized ads.
Others
Other uncategorized cookies are those that are being analyzed and have not been classified into a category as yet.
SAVE & ACCEPT